When the candle is lit, it will warm the cinnamon sticks and release the smell into the air.  Nothing says Christmastime to me like the smell of warm cinnamon! 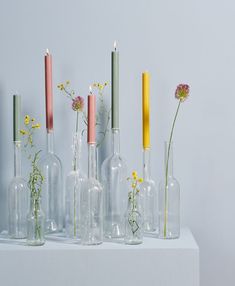