When I saw Tanis’ Oshima, I thought it was such a beautiful rendition of Brooklyn Tweed’s pattern that I jumped at the chance to buy some of her OOAK yarn in Stained Glass, and made myself one!  Here are the specs:

Needles:  This pattern calls for five (!) different needle sizes, and I used them as called for in the pattern, except I used US 10s instead of US 10 1/2s (I didn’t have a large enough circular in 10 1/2s and in any case, I felt that anything larger than US 10s would make the fabric too thin) – the result from these needle sizes is a very soft, drapey fabric, but I think it works well with this particular pattern.

Size:  After much debate, I knit size 42″, which was a good call – you want a little room in this sweater, since the pattern calls for 4″+ of positive ease.  Also, because the fabric drapes and clings, any smaller size would have been REALLY clingy on me.

As with all Brooklyn Tweed patterns, there are a lot of neat features; I confess that I skipped the tubular cast-on, but I did do the tubular cast-off for the cowl, which works well, and I really enjoyed the brioche stitch once I got the hang of it.  For a sweater, this knit up quickly, although the 13″ of length on the cowl – all in brioche stitch – took a little time!  The construction and seaming of the yoke and sleeves was a little different – as always with Brooklyn Tweed, I don’t think that Ive found any of their sweater patterns that has the same yoke / sleeve construction, which is nice for variety and learning new techniques.

In terms of fit, the body of the sweater is almost too short for me – I know that’s the design, but I don’t like a sweater that rides up too high when I raise my arms or move around.  I initially thought about adding another 1″ to the bottom ribbing, especially when it didn’t really grow at all when I lightly blocked it (I only blocked the body – there was no reason to block the upper half, and besides, I didn’t want to pull at all on the sections that were brioche stitched).  But, I decided that the shorter body balances out the huge cowl, so I’m going to see how it wears before messing with it at all.  I think the cowl is beautiful, although I can’t really get its edges to lie flat along the neckline – maybe I bound off too tightly, even with the tubular cast-off?  Regardless, I think it looks comfy and cozy, and I notice in the Ravelry pics that lots of other knitters have the same finished effect with their cowls.

I have to say that this is probably the softest sweater I’ve ever knit – I guess that’s not surprising, with the cashmere and silk content of the TFA yarns, but wow, it’s like throwing on a cuddly blanket and wearing it around all day!  I’m going to “test wear” it today and see what I think of it – I notice that, as much as I might like a sweater when I’m standing stock-still and looking in a mirror, I don’t really know whether it’s an article of clothing that I’ll actually use on a regular basis until I see how it behaves when I’m moving, bending, running, and on the move in it. 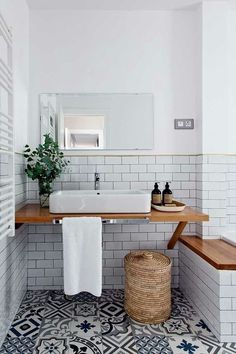 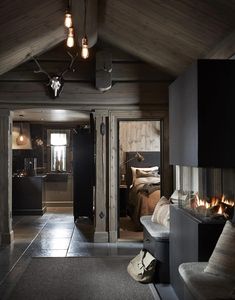