I think of this top more as a popover than a sweater, because of it’s shape and because I think it looks so much better with a longer tank top underneath. I was inspired by the designer’s images and volunteered to test knit; the pattern is lovely, but I’m not sure it’s the best shape or fit for me. Right now, these short boxy tops are really “in” and you see them all over knitwear designers’ pages, but I think I’m too short and boxy myself to wear them well!

Yarn: Mythica Fibers (100% rustic silk) – 2 skeins (470 yds/ea) in color Je Te Veux (I ran out when finishing the sleeve and neck edges, but I could have left them unfinished, or I could have kept the top its original length, instead of lengthening it by an inch or so).

I had hoped to get the perfect soft pink by combining two strands of Purl Soho’s Cattail Silk, but instead the two colors just muddied each other . . . I’m happy with how the yarn knit up as a tee, and the rustic silk makes it wearable in warm weather, but I’m disappointed in the color.

Pattern: Clarke Pullover by Jane Richmond (modified sleeve by knitting for 1.5″ and then .75″ of ribbing)

Yarn: Purl Soho Cattail Silk (100% silk) – 2 skeins (470 yds/ea) in colors Porcelain White and Cherry Blossom, knit double-stranded (unfortunately, I needed only a very little of the second skeins, so now I have a lot of leftover yarn from this project!)

Size: 36″ (this size would typically give me zero positive ease, but likely my gauge is a little on the large size, so this probably comes out more like 38″

I love this yarn, and knitting it double-stranded results in a perfect weight and feel.

I thought that the fit was spot-on, and the resulting fabric feels perfect for summertime 🙂

Mods:  Shortened the sleeve length – otherwise, knit to the pattern

I’m not really sure what to call this piece – the pattern calls it a vest, but I don’t think that really describes it.  I use the word tunic, although that usually means something longer.  It’s a hard piece to define, and I haven’t decided yet if I’m going to like wearing it, but the cabling pattern is exquisite, and the soft, squishy feel and stitch definition of Woolfolk’s Tov was a joy to knit with.

Needles:  US 5s (I had to go down one size to get gauge, which made the fabric really dense – I mean, this is a worsted, maybe even closer to an Aran yarn, with a lot of plies, and on US 5s – or even US 6s – makes for a warm, dense, and relatively heavy fabric.  I think it’s a good think it’s not longer and doesn’t have sleeves!)

Size:  43.5″ (the pattern says this is to fit a 36-38″ bust, which is right in my range – I’d say that the fit is accurate, I probably have at least 6″ of ease.  If I were to knit it again, I’d knit the smaller size, even though it’s supposed to be an oversized fit, just so it wasn’t QUITE so loose fitting).

The quintessential summer knit – quick and satisfying, easy and beautiful to wear!

Needles:  US 8s (down one size to get gauge)

Size:  M1 (36 1/4″) – this should have given me negative ease, but I wanted a closer fit than that modeled in the pattern photos – perhaps my gauge was a little loose because I don’t think I ended up with negative ease.

A very interesting construction, and a cool way to make tank straps!  This blocked out beautifully and I love the colors of Kestrel.  I think it was a good call not to make it too loose-fitting – it’s a perfect summer tank 🙂

This came out beautifully – the pattern fits so well, and the yarn colors are stunning!  The combination of linen, silk, and alpaca makes for a beautiful drape in the fabric.

Pattern:  Clarke Pullover by Jane Richmond – the only modification I made was to shorten the sleeves

Needles:  US 5s (downsized to get gauge)

The perfect summer knit – I had fun playing with Quince & Co’s new yarn Kestrel, and I finished it in less than a week!  The pattern is North Fork, and I knit size M (40″ bust).  I ended up using 6 skeins of Cove and one skein of Senza.  I got gauge on US 10s and also used US 9s for the sleeves, per the pattern instructions.

My MC was Cove, which I used until I reached the Stripe Sequence portion of the pattern.  From that point on, I knit as follows (MC = Cove, CC = Senza):
7 rounds MC
3 rounds CC
Knit this stripe sequence 6 times total

Once I switched to the hem, I knit in MC for 4 rounds (instead of 6), then knit the rest of the hem as instructed.

I wanted a little longer sleeves (I don’t like really short sleeves because I think they make my upper arms look big!)  Also, I usually find that I need wider sleeves at the armhole opening than patterns call for.  To accommodate, I picked up 8 stitches (instead of 3) after transferring the sleeve stitches from waste yarn to my needles.  Then:
Knit 3 rounds
Knit decrease round
Knit 11 rounds
Knit decrease round 1 more time
Bind off

My only other modification is that I didn’t use the stretchy bind-off – I almost never find this to be necessary, and I don’t really like how it looks.  I just bound off with a knit stitch, taking care to keep my bind-off loose (but not too loose), and it kept the edges neat and tidy.

I wet blocked the top on my blocking board to keep the bottom edges from curling too much, then tossed it in the dryer when it was still damp, which made it much softer and gave it a nice drape.  I like how it came out, although the colors are a little muted.  I think I would have knit it an inch or two longer, although maybe linen grows and stretches – I can’t remember, does it?

Welcome to On Blueberry Hill, designed to share ideas, creations and inspirations for knitting, quilting and sewing, mosaics and ceramics, photography, and more.Pin It 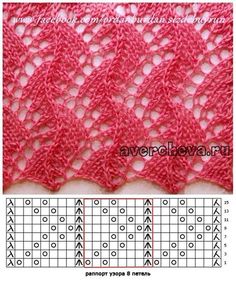 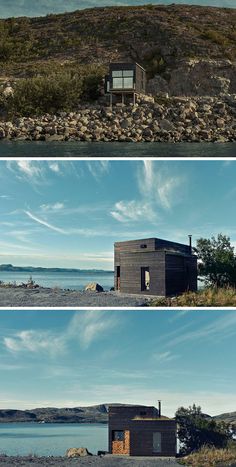 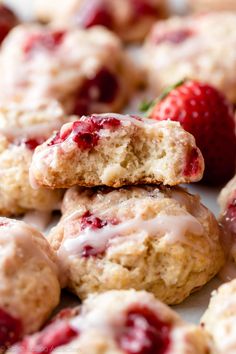 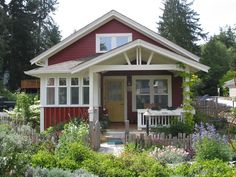 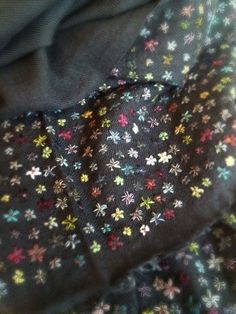